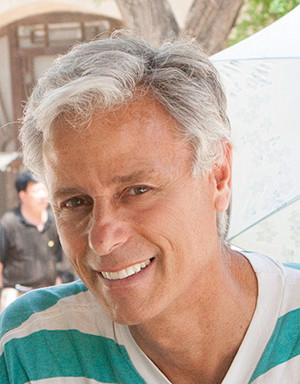 Paul Elson was born and brought up in Manhattan. During college, and before graduating as a Philosophy Major from Antioch College in Yellow Springs, Ohio in 1967, he studied at the Sorbonne in Paris as a Beaux Arts student. It was in Paris that he acquired a lifelong appreciation for what he calls "discernible art"---favorite practitioners of which include Praxiteles, Brunelleschi, Rembrandt, and Seurat.

After graduation from Antioch, the path of Art and Philosophy led to the U.S. Navy, where Paul became an officer and a pilot---he maintains he already was a gentleman... Five years later, after two tours in Vietnam where he received personal decorations for valor in combat, he was discharged from Active Duty. While flying in the Naval Reserve, he began his career as a photographer in 1975 in New York City.

Paul's commercial photography clients include a score from the Fortune 500. He specialized in architecture, travel and food, and thoroughly enjoyed the worldwide voyages on which he was dispatched by the hotel chains, cruise lines, and travel and food magazines that are household phrases in the American lexicon. He won the advertising industry's equivalent of the Oscar, the Andy Award, in the late 1980's for an advertising campaign for Ciba-Geigy.

In 1999, Paul's path diverged from its extremely successful photographic course. With talents refined during his commercial career, he developed a unique artform he calls Photo Impressionism. It involves creating an image photographically or with watercolor paint, digitizing it, enhancing elements within it in the computer, and producing a print. Paul will paint or draw on the print, rephotograph and rescan it, and there could be several iterations of this sequence before the image is finalized.

This ability to create and control all stages of the image from concept to print is one of the most rewarding aspects of digital technology, and why Paul has so thoroughly incorporated it into his creative process.
©Paul Elson 2016
Powered by ZENFOLIO User Agreement
Cancel
Continue